The month of October is National Breast Cancer Awareness Month. Activities conducted during this month are designed to work toward reducing incidents of breast cancer by ensuring that through early detection and prevention. During the past month, organizations like the Susan G. Koman Foundation sponsored many fund raising events. Since 1982, Komen has played a critical role in every major advance in the fight against breast cancer and transforming how the world talks about and treats this disease. The foundation also helped to turn millions of breast cancer patients into survivors and many of them participate in racing for the cure events across our city and the nation.

CYEGA race for the cure

On October 5, 2103, the foundation in partnership with Athleader Training Gym held an event at Stone Mountain Park. It began at 6:45 AM. Several Cyega (CYEGA) staff members raced with other individuals and groups. CYEGA wanted to show its support for persons who are suffering from breast cancer, survivors and those who have succumbed to the disease. A group picture is listed above. As seen in the picture the CEO also raced to show his support. It is important to remember this is not a female–only disease or a female-only cause. Men can also get breast cancer and care about the women afflicted with it. This is in keeping with CYEGA’s mission of focusing on the strengths of the individuals we serve. Running or walking is a great way to reduce the risk of getting breast cancer and improve the possibility of surviving. Important facts concerning breast cancer include the following:

The funds generated from this race support breast cancer research in the search for a possible cure. CYEGA and its staff support the 14 million American survivors and those who have avoided it. For more information, to get help, or to join the race, contact the Susan G. Koman Foundation at 1-877 GO KOMEN (1-877-465-6636).

Our five star reward program is designed for families and friends to engage in sharing useful information about their experience through Community Empowerment. Please contact email Mr. Roy for more info. 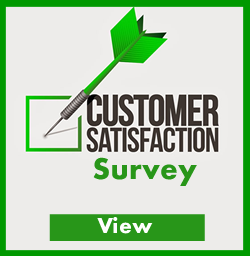